Back to the Farm

The greenhouse was warm, that is really all that mattered. A cold March wind rattled the plastic that forms the sides of the small planting greenhouse at New Roots Farm. We sat inside on overturned buckets and camp chairs soaking up the passive solar heat.

Today -- as I've been doing now for four years beginning in early Spring -- I began helping Farmer Renee start vegetable seeds. The growing season -- extended by greenhouses -- is underway at last. It felt wonderful to gather up the potting soil in my bare hands, fill the potting trays, water them deeply, then drop individual seeds into each tiny cell. I planted eggplants (Galine, Black Beauty, and Dancer) and bell peppers (Revolution and Lady Bell) and day-dreamed of mid-summer harvests. 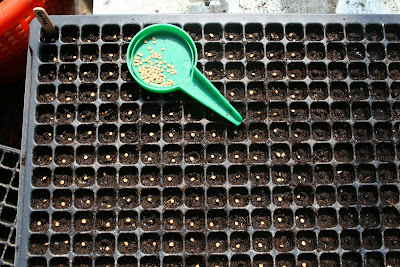 Galine eggplant seeds - one to a cell -- ready to be covered with finely sifted soil,
watered deeply, and left in the warm greenhouse to germinate.
Mike -- a new apprentice this year -- helped Jeff finish the roof on the CSA shed, where members will come to collect their shares once a month. He then joined us in the greenhouse to help with the eggplant seeds. While we worked, we listened to the animals in the barnyard just outside the greenhouse door. The big pigs needled the smaller ones, causing an occasional pig squeal. While the big pigs banged the food trough, the small pigs snuggled in the sun. 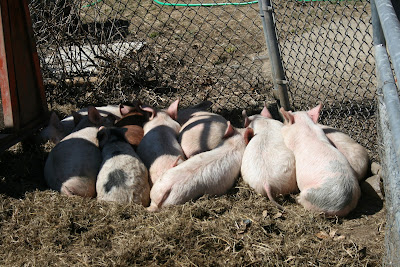 The cow bellowed and the lambs cried for more milk, while soaking up the sun. Everyone wanted to be out of the wind and in a warm place. March has been relentlessly cold. 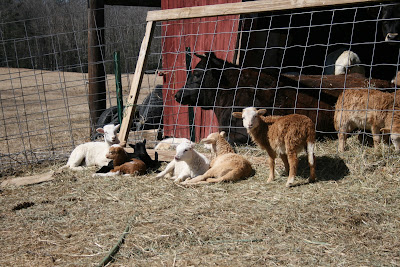 After an afternoon in the greenhouse we stepped outside and were immediately swept up by the wind and colder air. We wandered down to the hoop houses where Renee showed us a patch of overwintering Swiss chard that had sprouted some new leaves. They were as fresh and tasty as tender spinach. Mike ate his on the spot; I brought some home for dinner. A great blue heron lifted off from the still partially frozen farm pond -- it returned five days ago from southern climes. The garlic is slow but it is peeking through the black plastic. 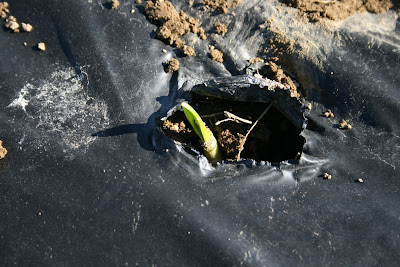 A garlic shoot pushes toward the sun
Some people fly to Florida in March, while I prefer to head to the nearest greenhouse. The sun is just as intense, but without the crowds.
Posted by Ellen Snyder at 5:44 PM 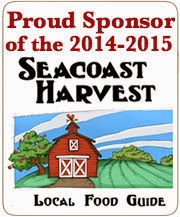 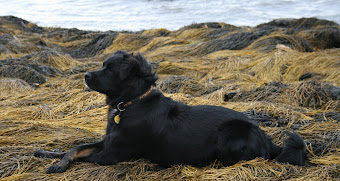 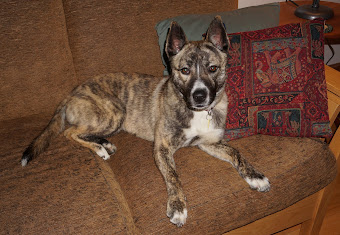