Is there a better time of year than early fall in northern New England? This past weekend we stayed at one of our favorite retreats near Jackson, New Hampshire, breathing deeply of crisp fall air. Dundee is a special place that we get to experience on occasion thanks to the generosity of one of my clients/friends. It sits on the south slope of South Doublehead overlooking North Kearsarge. 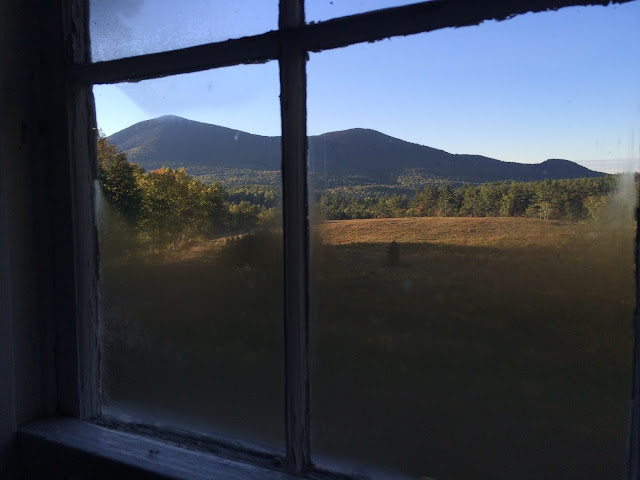 Signs of early fall were evident along every trail that we travelled in this lovely landscape. 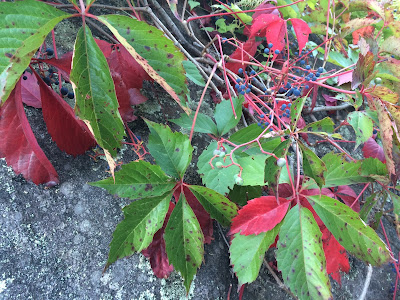 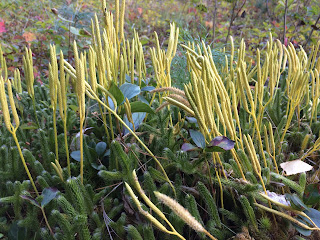 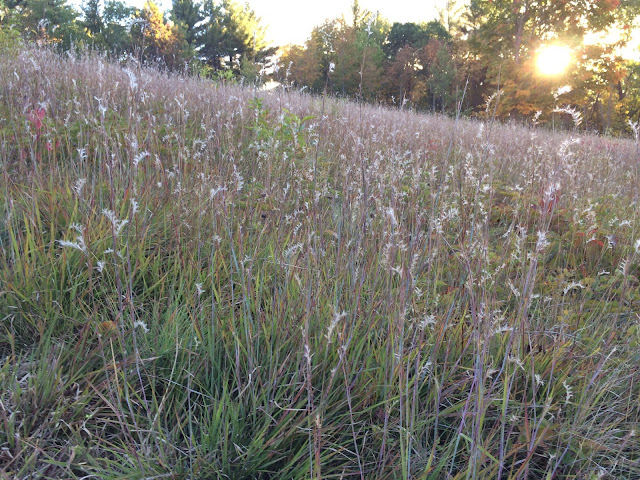 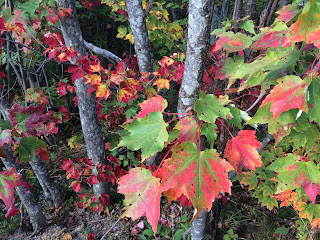 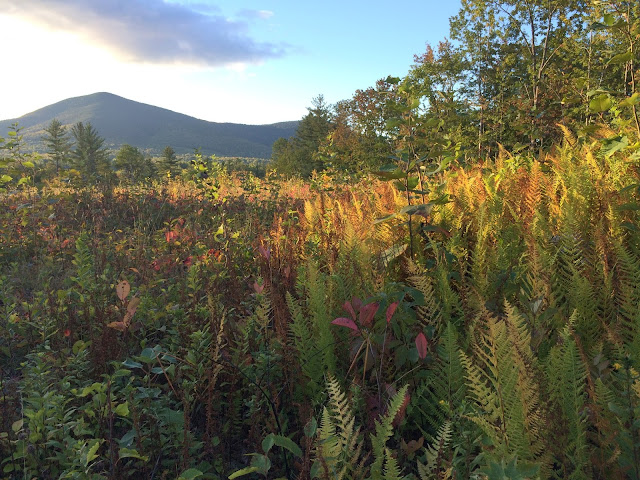 As soon as we get back home, we discuss how soon we might return to Dundee...especially as news of events and politics disrupts our reverie. Escape to Dundee, I wish it could be more frequent.

We were in New York City the weekend of September 10th-11th, staying with friends in their 16-foot wide, six-story restored brownstone in Harlem. These homes have many steps, especially if you want to hike up to the terrace for a view of the city at sunset. 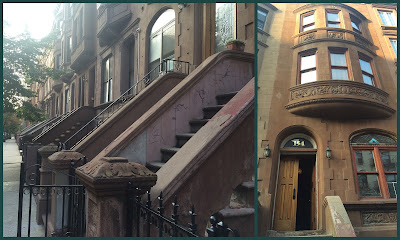 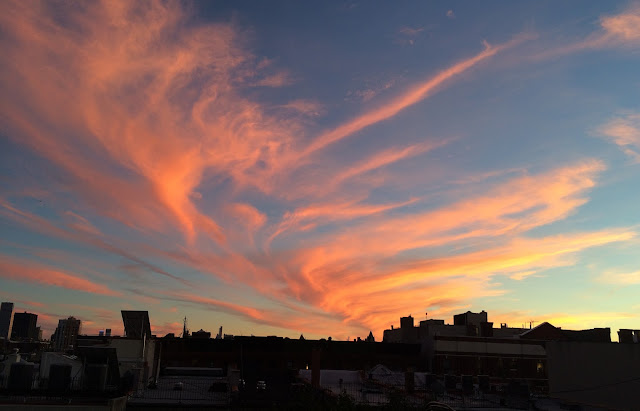 The NYC subway system itself is a bit of a museum with beautiful mosaics on the wall of each station. The 125th Street Station in Harlem features a mural by Faith Ringgold: Flying Home: Harlem Heroes and Heroines. 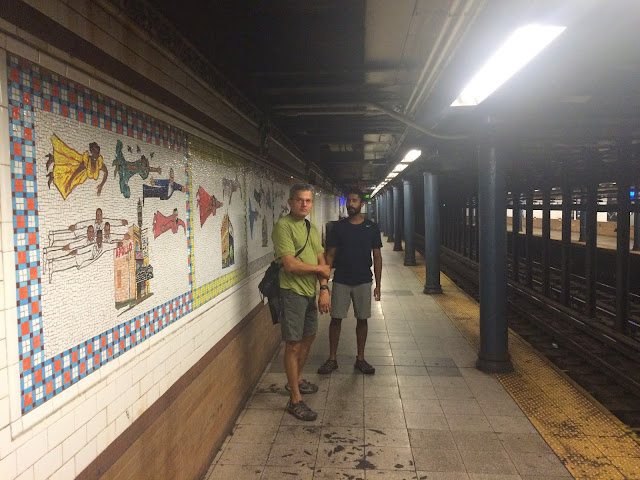 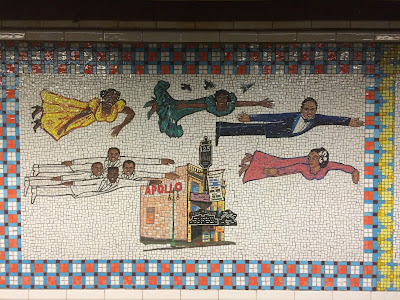 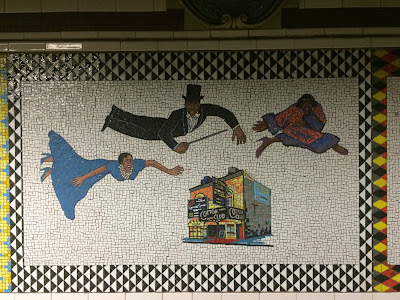 It was a hot weekend in the City. The subway cars are air-conditioned but the subway stations are not and were stifling, especially if we had a wait a while for a train. But mostly it was easy to take this public transport to various corners of Manhattan that we visited--the 9/11 Memorial Museum, Wall Street, Staten Island Ferry, Greenwich Village, Central Park, American Museum of Natural History, the Met. We also walked a lot.

Early Saturday morning we rode the subway to the 9/11 Memorial Museum. Under a clear blue sky we walked around the twin reflecting pools, reading the names of the people who died in the 2001 and 1993 attacks on the World Trade Center. We found the name of Robert LeBlanc inscribed on the bronze panels surrounding the pools. He was a professor at UNH and husband of our former veterinarian. He died on Flight 175 when it was flown into the South Tower. 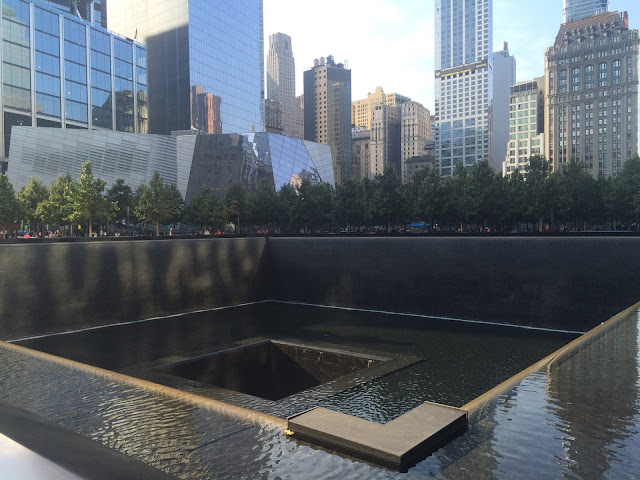 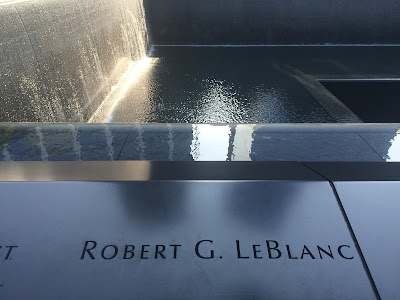 My favorite parts of the 9/11 Memorial were the contemplative spaces and displays, offering opportunity to reflect on the engineering feats to build the original twin towers and the new outdoor and indoor memorials, the courage and determination of the first responders, the sacrifices of all who died, as well as to ponder the meaning of evil acts, both small and large, by individuals, groups or nations.

Swamp white oaks were planted around the reflecting pools,
creating a soothing, cool glade of trees
beneath the towering new One World Trade Center 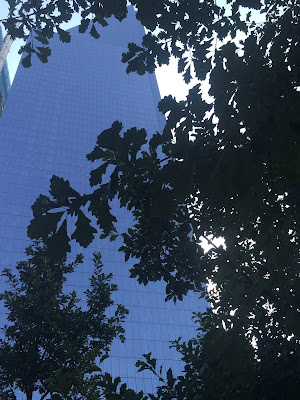 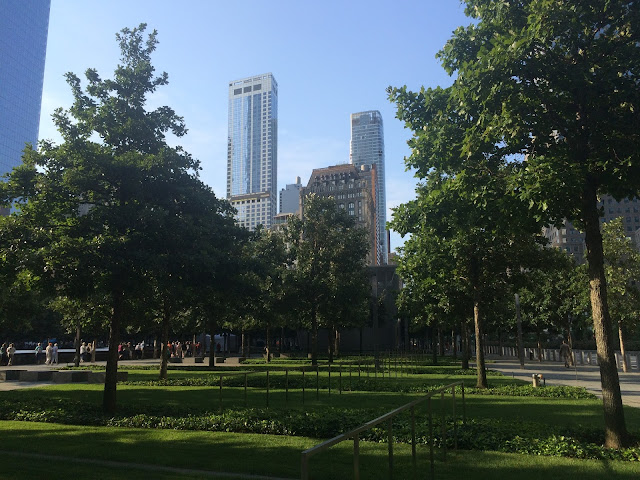 My favorite installation in the Memorial Museum 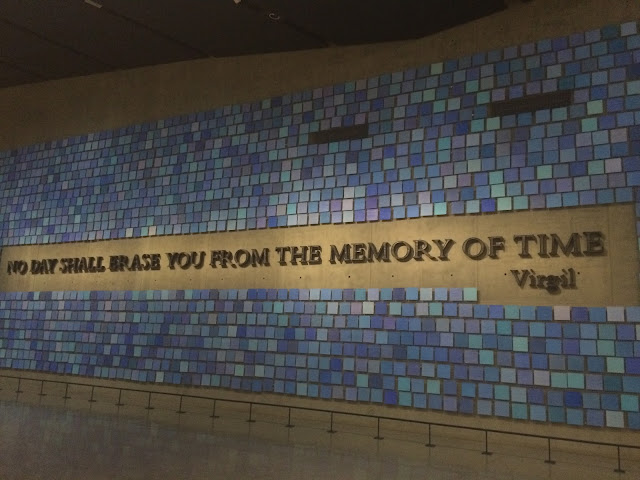 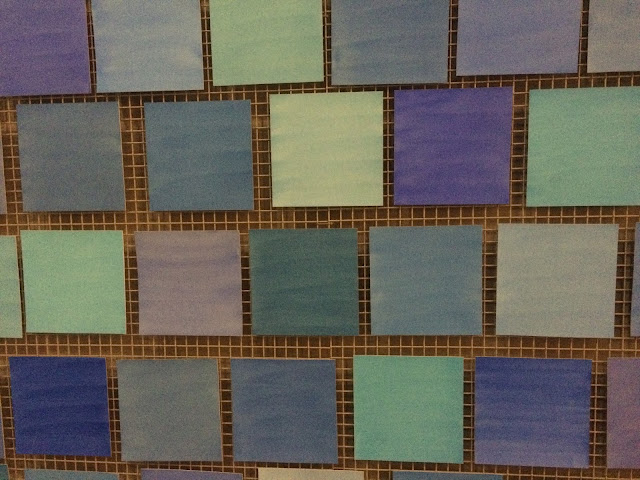 We wandered through parts of Central Park, including the Conservatory Garden tucked in the Park's northeast corner. 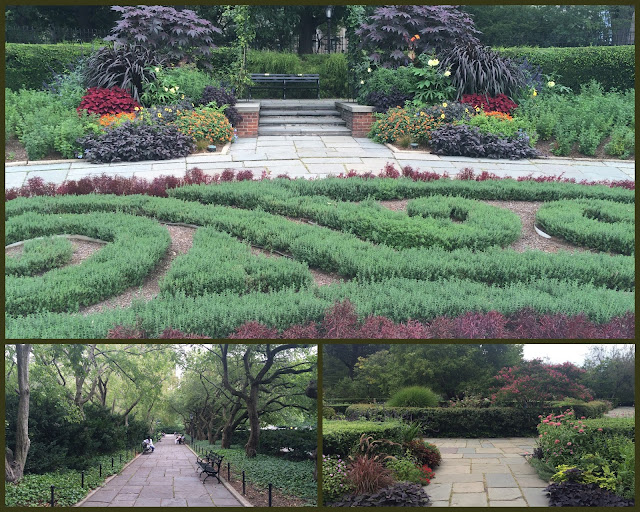 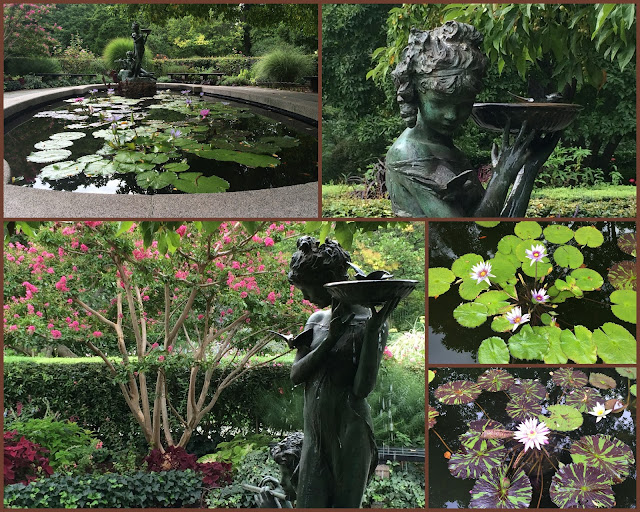 We rode C&J Trailways bus from Portsmouth, NH to the Port Authority in NYC. A great way to get to the City without the worry of driving and parking, and the bus is so much more comfortable than an airplane, so much more.
at September 20, 2016 No comments: