A heavy fog lingers in the wetlands into mid-morning today. It will warm to high 70s, and, by the looks of the 10-day forecast, no frosty temperatures in the near-term. Bumblebees are still gathering nectar, although flowers are harder to find this time of year. A late-blooming sunflower in our backyard offers a colorful target for a few insects. This is a reminder to self to plant some annuals late in the summer to provide pollinators more options, as the growing season grows longer. I think this lone sunflower was planted by a squirrel. 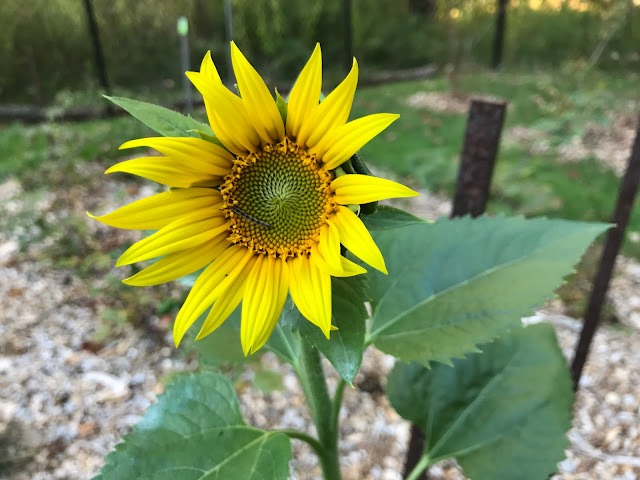